National Audit Office (NAO) claims that imply excessive legal costs are the cause of rising NHS Resolution expenditure are unhelpful at best, disingenuous at worst and either way do not provide any answers to the NHS’s problems or support genuine access to justice.

Recent NAO comments on the subject contradict themselves, stating no evidence has been found relating poorer patient safety to a rise in negligence costs; and then follow on by disclosing that declining performance against waiting time standards is a factor, due to delayed diagnosis or treatment. A slight anomaly, or an unexplained paradox?

Presenting on the rising NHS negligence costs at the Westminster Health Forum seminar on Thursday 14th September, NAO Director Jenny George admitted: ‘The truth is we just don’t have the data to draw any definite conclusions.’

There is however much data in circulation to provide some context: clinical negligence costs may have quadrupled over the past decade to £1.6bn yet this represents a little over 1% of the NHS total budget. Let’s assume those costs were cut in half overnight. Is the implication realistic that patient standards would significantly increase due to the extra half a percent in the kitty – and the other 99% wasn’t enough? That’s assuming excessive legal fees are the real problem; in reality, claimant legal fees only contribute around 20% to the overall total, with defence costs in the region of 10%. 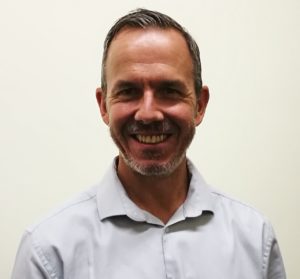 Kimmo Boote, associate at Dutton Gregory Solicitors and clinical negligence specialist says: “Whilst the Government’s stance in wanting to reduce the costs of expensive lawyers who use up valuable NHS resources may strike a chord with voters and taxpayers – the likely result will be that access to justice will be denied to many claimants who will have been injured by the very people that they had trusted to look after them in the first place.” 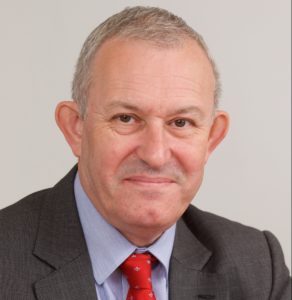 David Pipkin, Director at Temple Legal Protection explains: “Perhaps one of the reasons claims are rising is patient dissatisfaction about how they are treated post incident, with not enough apologies or detailed explanation as to what and why things went wrong. The UK has very poor risk statistics in areas such as birth injury. It is estimated that only 4% of patients that could claim actually do. If that doubles it would be a disaster for the NHS but it wouldn’t be an increase in the current risk patients face. There are many safeguards in place to protect the NHS from spurious claims as well: ATE insurers like Temple Legal Protection are gate keepers helping to filter out weak or speculative claims.”

Perhaps it’s time for the NAO to end the political rhetoric and work together with all interested parties: the NHS, the Government, victims of clinical negligence and the legal profession to source the ‘missing data’ and establish the genuine cause of the rise in clinical negligence within the NHS; rather than focussing on the outcome of said negligence which is, after all, that vulnerable victims are seeking support and stability for an uncertain future.

David was Director of Temple’s Underwriting Division for 14 years during which time he supported Temple’s coverholders with his exceptional knowledge, expert guidance and friendly countenance.

He is now a Non-Executive member of the board supporting the strategic direction of the company and attending key events and meetings with our customers.

David has spent over 40 years as a Legal Executive specialising in personal injury litigation. Initially, he was a claimant litigator pursuing leading industrial accident and disease cases.

As an Associate at Davies Arnold Cooper for over a decade he managed a team of lawyers and acted for defendants in personal injury and general insurance litigation. In this role, he became involved in the early development of the ATE market, assisting the ABI in their involvement in the Court of Appeal test cases such as Callery v Gray.

As the London representative for FOIL he was involved in the liability insurers’ approach to ATE and worked with the government and judiciary in several key consultations. He was a member of the CILEX National Council for over 15 years and was CILEX President in 1995/6.