Are the NHS, BMA and NAO guilty of making misleading clinical negligence claims?

The NHS, supported by the British Medical Association (BMA) amongst others have made strong claims in a letter to the Justice Secretary that the legal costs of clinical negligence claims are crippling the NHS. Similar comments were made by the National Audit Office (NAO) in September last year and yet the case doesn’t hold water.

The letter says that: “The rising cost of clinical negligence is unsustainable – diverting vast amounts from frontline care” and “This is money that could be [better] spent” These comments have been circulated regularly and they appear reasonable however, what costs are they talking about? They vaguely refer to ‘The calculation used to work out how much a victim of negligence should receive [which] was changed last year’.

The calculation that changed was the compensation ‘discount rate’: When a victim of negligence requires lifetime care, the government recognises that compensation awarded today can realise a net increase in value year on year with sound investment. They therefore place an obligation on the victim to invest their award and this potential increase in value can then be discounted at the time of claim settlement. They stipulate that the victim’s obligation should reasonably only reach to low risk investments, thereby protecting the victim.

The discount rate has historically orbited around 0-3% however last year the government recognised that, following the financial crisis, the yield from low risk investments fell below the rate of inflation and this led them to protect the victim by setting a discount rate of -0.75%. The global economy is recovering though with the resultant improved outlook for investment potential, and therefore the discount rate should change to reflect this. The new rate is expected to be set between 0-1%, a change in real terms of around 1% which means that once a victims award is decided by the court, they will receive less after the change than they do as of February 1st 2018.

The current cost of clinical negligence to the NHS is £1.7b. This figure accounts for around 1% of the total NHS budget. So even if the discount rate change halved the current compensation bill to the NHS, that would amount to only a 0.5% change to the budget. Are the NHS genuinely suggesting that 0.5% of the budget is ‘crippling’ the service? The letter does not suggest that the cost of negligence is the result of fraudulent claims however. They acknowledge that these are recognised victims of negligence who now face a very uncertain future having suffered life changing health problems.

“The NHS and associated organisations appear to be intentionally disingenuous: They argue that the discount rate significantly affects the cost of legitimate negligence when it is in reality an incredibly small fraction of the budget; and in any event I don’t hear anyone campaigning to prevent a change in the rate because it is accepted as wholly reasonable and necessary by all parties.

Then in the next breath they suggest that legal costs by claimant solicitors are the issue. In reality, a victim of negligence initially writes a letter of complaint without issuing formal legal proceedings and it is the initial denial by the NHS followed by their typical refusal to readily admit liability, coupled with an internal defensive response and unwillingness to share and learn from mistakes that leads to protracted and costly legal disputes.

So which is it, the discount rate or lengthy litigation crippling the NHS? The answer is neither. It starts with a genuine incidence of negligence due to an institutional culture of denial and ends with a refusal to accept liability and the resulting lengthy legal dispute.” 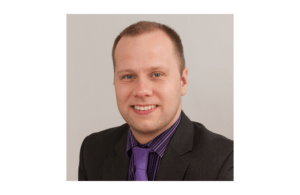 Matt has an insurance background and joined Temple in July 2011 having worked for 4 years in a leading insurance company where he was dealing with personal injury work.

Matt’s experience allows him to undertake a key role in Temple’s ATE insurance personal injury and clinical negligence teams. He also participates in the assessments of delegated schemes that Temple provide with the objective of helping our customers make the most beneficial and appropriate use of ATE insurance.

He has started studying for this CII exams which he will sit in the near future, which he will then use to develop himself, further into the company in order to provide Temple’s customers with the excellent service they expect.