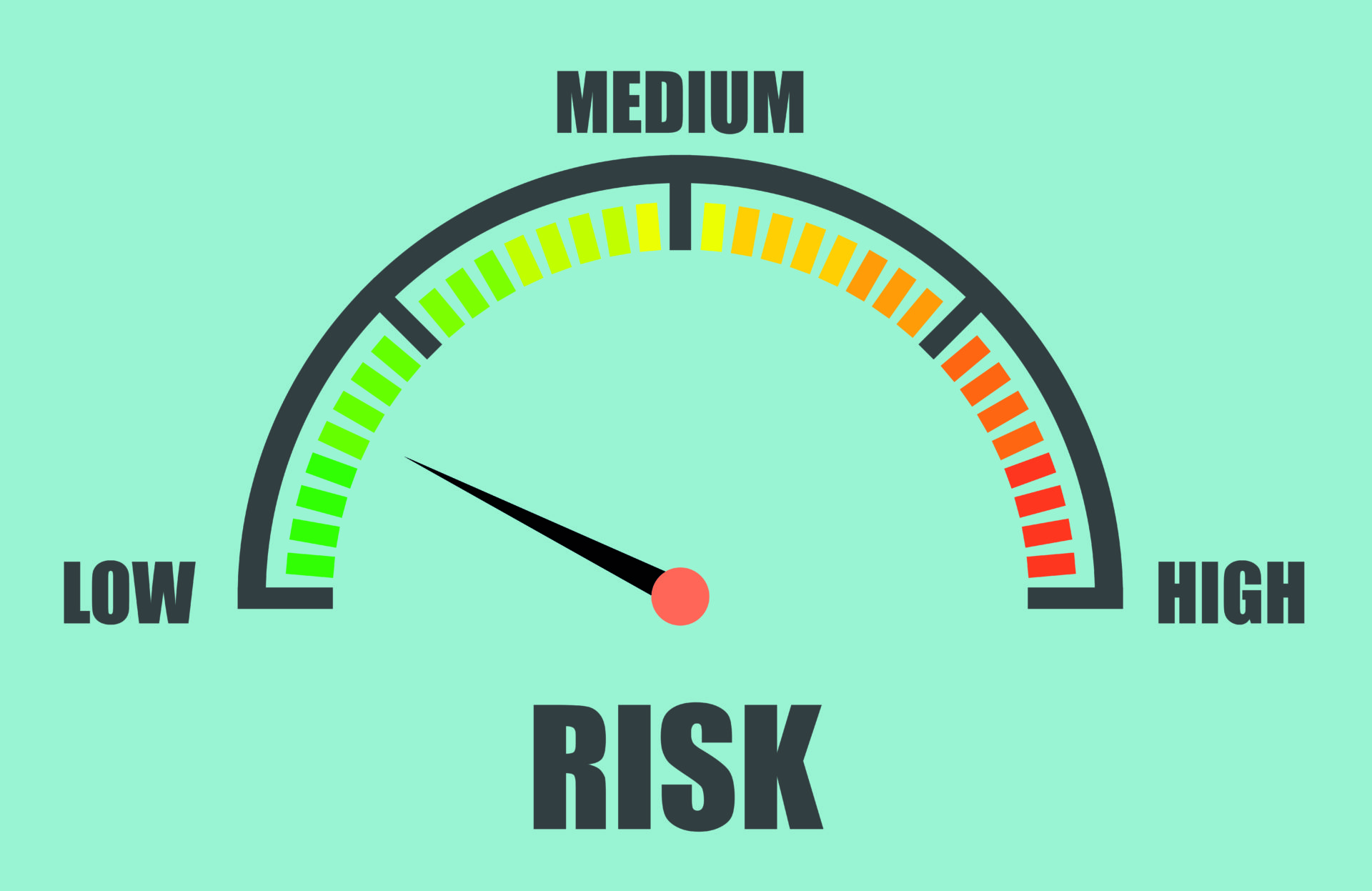 What financial resources can your client legally make use of?

Parties to litigation in Northern Ireland must weigh up the risks and benefits of pursuing a commercial dispute before issuing a writ or defending a claim. Without the option of funding a case under a contingency fee agreement, lawyers’ fees have to be paid as the case progresses. To pursue a claim with vigour and confidence, clients need to be well-resourced. On top of this, every client needs to be prepared to pay opponent’s costs if the claim fails.

Litigation insurance has not been a significant part of the legal landscape in Northern Ireland, in part due to concerns over the laws of champerty and maintenance.

Do these concerns remain a bar to insuring and/or funding cases in Northern Ireland?

The laws of Champerty and maintenance came into force in Ireland under the Maintenance and Embracery Act 1634. Section 3 stated, with a charm and in a style that is sadly missing from the modern statute book: –

Whilst this statute has been retained in the Republic of Ireland under the Statute Law Revision Act 2007, Northern Ireland abolished these torts under sections 16 and 17 of the Criminal Justice (Miscellaneous Provisions) (Northern Ireland) Act 1968: –

16 Abolition of certain offences, and other repeals.

(1)The following offences are hereby abolished, namely—
(a) any distinct offence under the common law of maintenance (including champerty, but not embracery), challenging to fight, eavesdropping or being a common barrator, a common scold or a common night walker;

17 Civil rights in respect of maintenance and champerty
(2) No person shall, under the law of Northern Ireland, be liable in tort for any conduct on account of its being maintenance or champerty as known to the common law, except in the case of a cause of action accruing before this section has effect.
(2) The abolition of criminal and civil liability under the law of Northern Ireland for maintenance and champerty shall not affect any rule of that law as to the cases in which a contract is to be treated as contrary to public policy or otherwise illegal.

Note the reference to cases in which a contract is “… to be treated as contrary to public policy or otherwise illegal.”

So, could a funding arrangement be contrary to public policy or otherwise illegal?

In September 2017, the Lord Chief Justice of Northern Ireland’s office published its Civil Justice Report which reviewed the rules and procedures of litigation in the Province. In a footnote in its discussion on third-party funding [p.79], the report stated that ‘there appears to be no apparent restriction on third-party funding in Northern Ireland’. It goes on to say in the body of the text that ‘funding represents a potential alternative to legal aid and… could facilitate access to justice for members of the public’.

However, in the same year in the Republic of Ireland, the Supreme Court held that funding is illegal:
Persona Digital Telephony Ltd and other v Minister for Public Enterprise and others [2017] IESC 27.

In Persona, the plaintiffs brought a notice of motion before the High Court, seeking an order permitting Third-Party funding of the Plaintiff’s own cost of bringing the claim, including the cost of the premium for an ATE insurance policy. They submitted that the funding agreement would ensure the constitutional guarantee in the Republic of Ireland of access to justice. The Defendant submitted that the funding agreement was void and illegal and that the laws of champerty and maintenance were extant.

Donnelly J concluded in the High Court that ‘there is a prohibition on an entity funding litigation in which it has no independent or bona fides interest, for a share of the profits’ [Denham C.J., para.10]. Leave was granted by the Supreme Court for a leapfrog appeal on 25 July 2016.

In giving judgment in the Supreme Court, Denham C.J. stated:

‘… the issues before the Court are: do the torts and crime of champerty still exist in Irish law? What are the parameters of the tort and offence of champerty? Is the professional funding agreement of the plaintiffs champertous?’ [para. 42].

The appeal was dismissed. She concluded that: –

‘[54] (i) This investment agreement, is an agreement… to fund the plaintiffs’ case. [The funder has] no connection with the plaintiffs, apart from an agreement to fund their proceedings. It is, thus, a champertous agreement.
…
(iii) Champerty remains the law in the State. It has been described clearly in recent cases. A person who assists proceedings without a bona fide independent interest acts unlawfully.’

The signs are that funding is therefore legal in Northern Ireland, but not in the Republic of Ireland.

Although funding is illegal in the Republic but arguably permitted in Northern Ireland, the position as regards ATE in both jurisdictions is more straightforward.

‘28. Taken in the round, therefore, I find myself inclining to the conclusion that ATE insurance – at least in the form in which it manifests itself in these proceedings – is not on the whole champertous or amounting to maintenance. And reverting to the previous simile of secular simony, it may well be that if the venerable judges and jurists who first formulated the torts of champerty and maintenance sometime between the days of the Yearbooks of the courts of Henry IV and the emergence of the nominate law reports in the 16th and 17th centuries were to realise the direction in which the common law might now be heading, they would doubtless rise from their graves and affix their own theses of protest outside wherever the legal equivalent of Wittenberg Cathedral happens to be.

29. Yet, as Cozens-Hardy M.R. recognised over 100 years ago in British Cash, while the general parameters of the torts of champerty and maintenance are clear, the modern application of these principles is not frozen by reference to the social conditions and public policy considerations which pertained several hundred years ago. The law must accordingly move on and assess whether, by reference to modern conceptions of propriety, ATE insurance amounts to trafficking in litigation. For the reasons I have given, I conclude that, on the whole, it does not and that insofar as the insurer provides financial assistance to the litigant, it has a legitimate interest in the outcome.’

We are of the view that funding litigation in Northern Ireland may well be lawful. ATE insurance is lawful on both sides of the border. We may be wrong and it is important that clients are given very clear and careful advice about the issues involved and any risks as perceived by their lawyer.

The 2017 Report on Civil Justice stated that ‘After-the-event insurance (ATE) in respect of liability for legal fees is encountered relatively infrequently in Northern Ireland. This may be because the premiums payable are not recoverable from the losing side.’ In the rest of the UK, ATE premiums are not generally recoverable (save in media/publication cases) yet we insure large number of commercial cases each year.

If you ask clients, large corporates or private individuals, whether they can afford to risk the difference between the cost of an insurance premium and the significantly greater cost of an adverse costs order, they are likely to say no. Clients require pragmatic advice when it comes to costs risk; particularly given businesses are naturally risk-averse.

As the cost of litigation increases and as clients become increasingly risk-averse, funding options have a genuine and valued role to play in the litigation process. There is a need for access to such products so that clients of all financial standing have access to justice.

Call us on 01483 577877 for more information about Litigation Insurance (ATE), disbursement and own fee funding in Northern Ireland and across the rest of the UK.